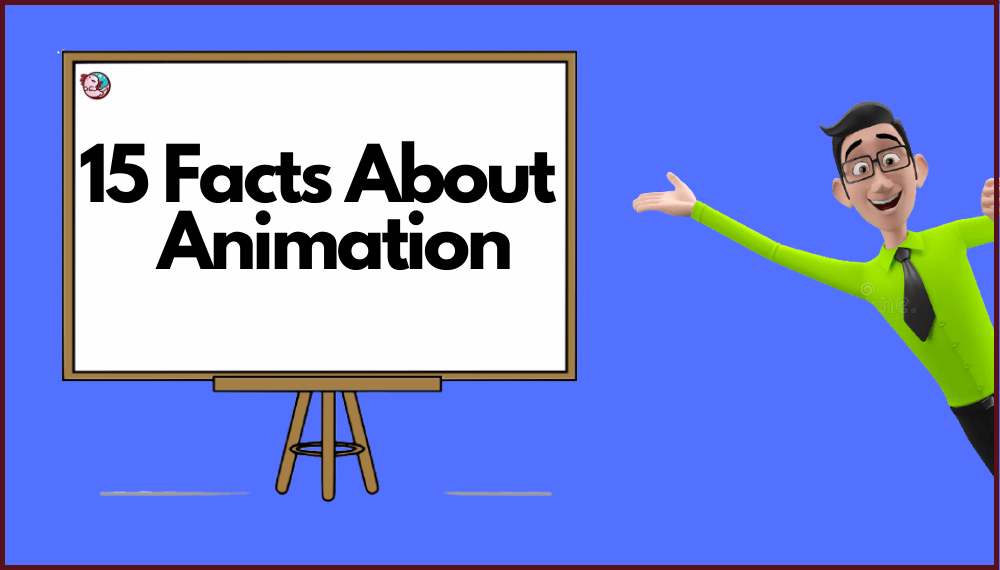 The animation industry has spanned many years up to today’s complex productions that use CGI, but have you ever known the efforts that go into the production of your favorite animation? Have you ever wondered what inspires the animators to make a certain character or the entire production and behind the scenes? Strap on and journey with us on the exclusive reveal of some of the facts about your blockbuster animations.

The following are some of the 15 facts about your animations that you did not know.

Did you know that the characters from the little mermaid had real-life counterparts? As an animation enthusiast, this sounds funny, but it is very true. During the entire animation process, the animators of The Little Mermaid decided to have real-life counterparts of their characters (Prince and Ariel) so that they can act as reference models. The inclusion of reference models helped animators to fully comprehend how to fill their animated characters and how to draw some actions and improvisations.

Rotoscoping is an animation technique where a live-action footage strip is traced and redrawn to make a cartoon animation. The inventors of this technique are the Fleischer brothers, Max and Dave. The brothers complemented each other in the entire production process, where Max produced while Dave directed. They used this technique to make their pioneering animation series Out of the Inkwell. The technique was enticing in that even Disney tried it out on their early Alice animations.

Is Mickey Mouse a Knock-off?

Mickey Mouse is probably the most famous among the many animation characters. Every kid grows up knowing Mickey Mouse or Tom and Jerry, but did you know that it is a knock-off? Yeah, it is. The first big character that was made by Walt Disney was Oswald the Lucky Rabbit, this character was made when he was working at his Laugh-O-gram studio in Kansas City. Later on, he lost the rights to this character due to a dispute with the distributor, but since he liked the character, he decided to make one of his own that he will own its rights. Thereby, he just modified the ears of Oswald and made Mickey Mouse who became famous. Since then Disney worked on characters that he owns its rights.

Some of you can wonder why should animators go to flight school? It’s a waste of time and resources. But no. The animators who made How to Train your Dragon had to go to flight school so as to learn flight physics and the movement of airborne creatures. This would enable them to illustrate the movements well in their production period and when they finished their course work, they were all given a Diploma. This effort made How to Train your Dragon one of DreamWorks’ best animations so far.

This is one of the facts that show Walt Disney was very dedicated in his animation journey. When he was developing Mickey Mouse, he approached the owner of Metro Goldwyn Mayer studio and pitched him the idea, but Louis Mayer who headed the studio declined the character as being horrible saying that majority of theater attendants were women, and they are scared of mice and refused to buy the character. This made Louis regret later as Mickey Mouse became very famous and fetched good revenue for Disney.

Just by mentioning mud showers, the fact already sounds preposterous but indeed it happened. The animators who made Shrek actually took mud showers. This is because the special effects department was having trouble depicting mud during production, hence they resorted to taking mud showers so as to learn how to depict mud realistically in the film.

Do you know the Most expensive animation?

Most people know that animations can be expensive to make but they don’t know how expensive they are. Back in 2010, Tangled became the most expensive animation ever to be released. The animation took a whopping $274 million to make and took six years to complete. This period though does not include the time it took to make a program that was used to animate the long hair, the program itself took 9 years to perfect fully.

Back in 1938, Walt Disney was given an honorary Oscar Award and was added Seven small Oscar figurines for Snow White And The Seven Dwarfs.

What is the first animation to utilize 3D Technology?

Pixar Lamp has a name?

Woow, for those who have Pixar movies, the little lamp that appears in the beginning actually has a name. The lamp is called Luxo Junior, the name was adapted from a Pixar animation released in 1986 with the same name as its Title.

Have you watched Pocahontas 2? Why does she have her hair tied up in a bin? Due to lack of artistic time during development, it was decided that her hair be tied up in a bin as it was a deciding factor to meet deadlines.

Shrek is the first animation to win an Oscar for the Best Animated Feature. The 2001 American animation broke the Oscar Jinx for its comedy based script about an ogre and a Donkey going to rescue Princess Fiona so that he can reclaim his Swamp.

Lion King was produced as a second choice animation

Lion king was created as a second animation film while Pocahontas being the main film, it received the necessary resources and time while Lion King was given to juniors to work on it. This is because the scriptwriters were skeptical about it and were not sure many people would watch it. Lion King ended up performing well and later being released as a 3D animation movie, as animation enthusiasts were fascinated by it.

Popeye the Sailor is the first animation Character to have a statue erected in his honor. The character was created by Elzie Crisler Segar and has survived since 1929 when it first appeared on the comic strip Thimble Theatre on January 27.

During the production of the Beauty and the Beast, Disney required more than 600 dedicated animators, artists, and technicians to bring the movie to life and took 3 years to finish.